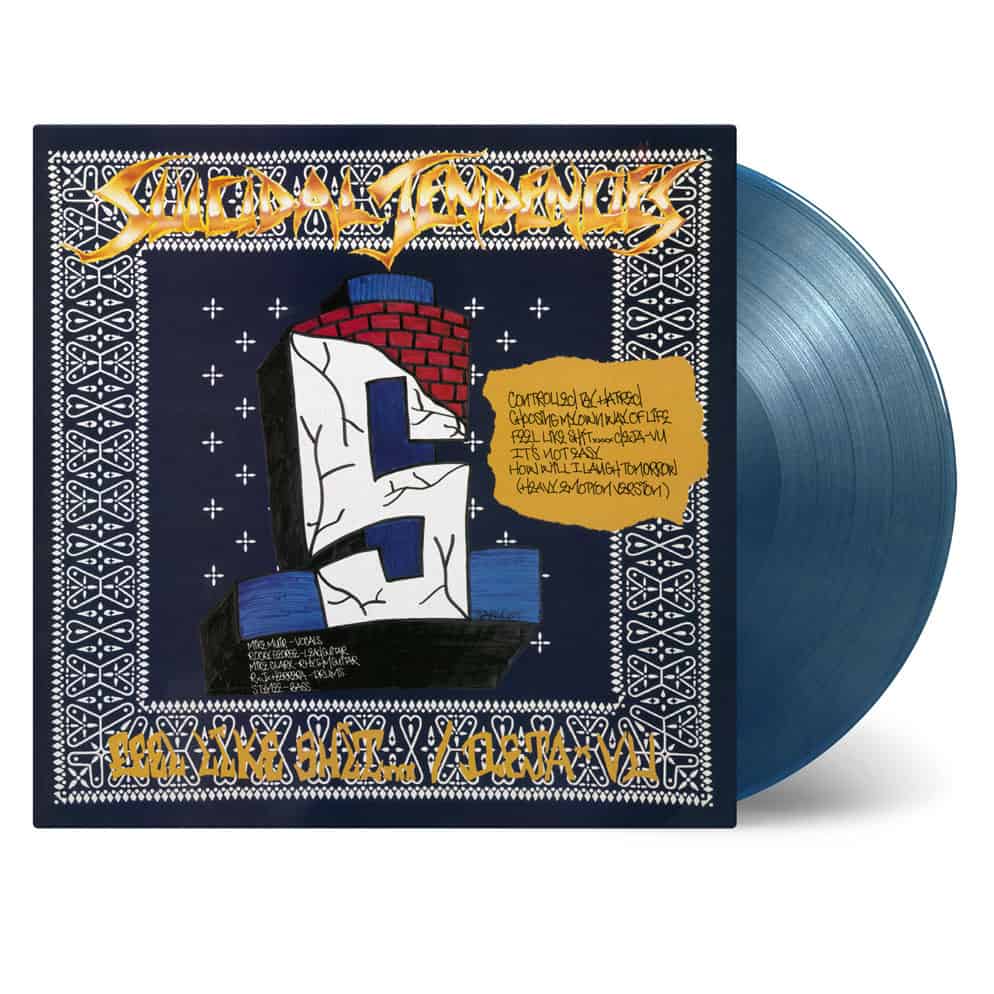 This item is currently out of stock, you can still place your order as more will be arriving soon.

Controlled by Hatred / Feel Like Shit...Déja-Vu is the fourth album by American crossover thrash band Suicidal Tendencies, originally released in 1989. The album itself is represented as two fictional EPs, the first four tracks are Controlled by Hatred and the rest are Feel Like Shit... Déja-Vu. It features six new recordings, four of which are covers of No Mercy songs, one is a cover of Los Cycos, an outtake from the previous album’s sessions, a shortened version of “How Will I Laugh Tomorrow” (as it is heard in the song’s video) and the previously unreleased softer “Heavy Emotion” version of that song.

1.Master Of No Mercy
2. How Will I Laugh Tomorrow (Video Edit)
3. Just Another Love Song
4. Waking The Dead

1. Controlled By Hatred
2. Choosing My Own Way Of Life
3. Feel Like Shit... Deja-Vu
4. It's Not Easy
5. How Will I Laugh Tomorrow (Heavy Emotion Version)